The Our Common Home group of Holy Apostles and Martyrs parish in St George’s Road, Wallasey are working with St Georges Primary School and St Mary’s College to monitor air quality and stop car idling by informing shops, residents and businesses of the problems it causes.

Air pollution contributes to premature deaths with links to asthma, coronary heart disease and lung cancer. It is also linked to increased dementia and low birth weight in babies. During the first coronavirus lockdown local improvements in air quality were remarkable and we noted a reduction in allergies.

“One thing we could all do is to stop leaving our cars idling outside hospitals, school, places where vulnerable people are coming out.”

Wirral Council have a bylaw to stop car idling and impose a fine on offenders. A Freedom of Information request resulted in the fact that no fines have been imposed and there is little intention to fine. Officers can approach and ask a driver not to idle. If he or she refuses to turn the engine off, then a fine can be imposed. The law doesn’t cover car parks. They are aware of issues with the taxi rank in Liscard.

As drivers we can make a difference. Let’s work together to further reduce pollution and improve the health of everyone by pledging to switch our engines off at the roadside. To show your support, please use #DontBeIdle @Hamparish

For enquires and to find out more, please email ham.creation2020@gmail.com 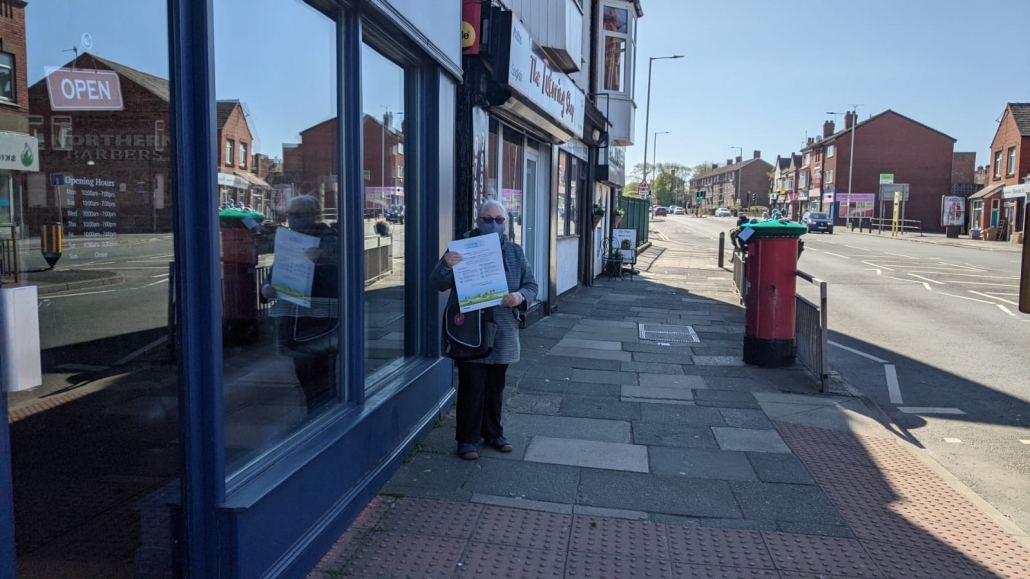 Methods for publicising the campaign

Cards were printed with our message and matching posters. In addition about 30 posters were supplied by Wirral BC. 1,000 cards and many posters were distributed to nearly all the take-aways, businesses and shops on Wallasey Village from Perrin Road to Windsor’s Car Showrooms and on Leasowe Road to Mosslands Drive the week commencing 19th April 2021. Also parishioners took cards to give out and the message was put in the weekly newsletter from 4th April. Covid restrictions meant that all shops reopened on 12th April. The group met with staff from St George’s Primary School and St Mary’s College to plan the monitoring with staff and students.

Letters were sent to all Wallasey Village Councillors, Candidates in the Metro Mayoral elections.

Social media posts were put out and shared on Twitter and Facebook, by the parish, both schools and the Our Common Home group.

Air quality monitors were used during the month of April to gain background readings while the schools were off and at various locations. These concentrated around the block of roads near both schools and the church: Sandy Lane (part) Wallasey Village (part); St George’s Road (part) and Perrin Drive; and Claremount Road near St George’s School upper site. The monitors were Gradko Air particle Counters measuring both small particulate matter LT 0.5 micron and large particulate matter LT 2.5 micron, x100=particles per square foot.

At the Upper site the measurements were taken in the dinner hall, the playground and at the main gate at around 8.30 and 10.15am and 3.30pm.

At the Lower site the measurements were taken at the main gate, in the centenary area and in the Cage around 9am, midday and 3pm on four of the days and at 9am and 12noon on the fifth day.

St Mary’s College monitored air quality from Monday 26th to Friday 30th April at three sites, outside the main gate, on Sandy Lane where the buses wait and next to the church on St George’s Road, before 8.30 and around mid-morning, noon and 2.30pm. 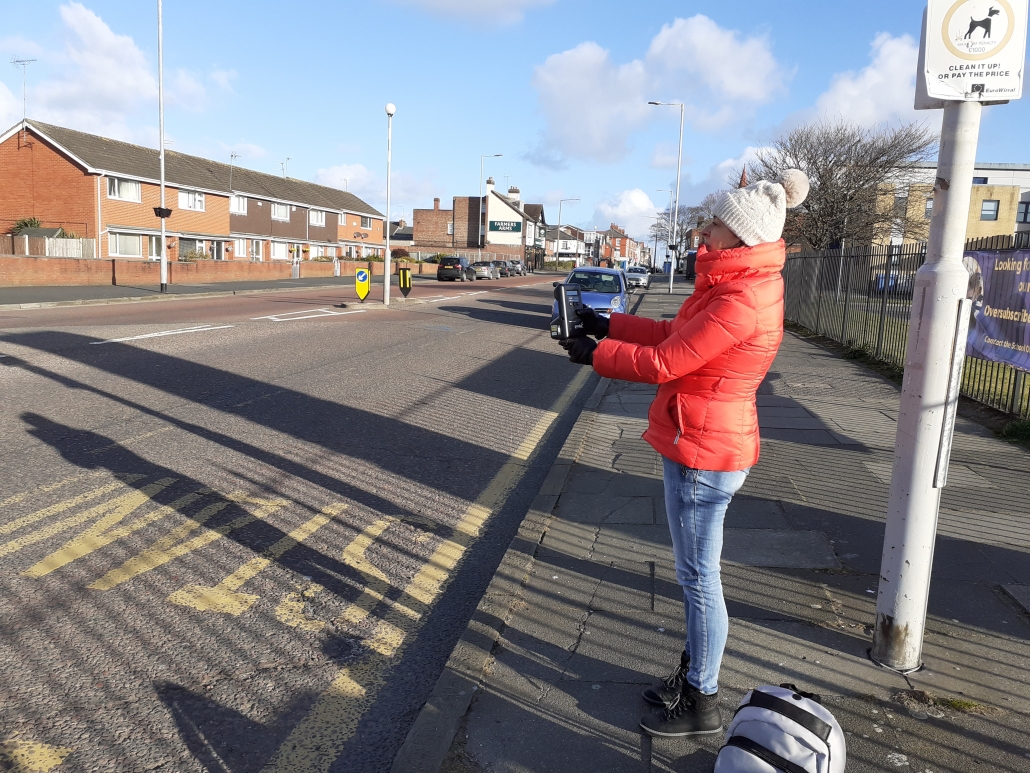 Lynn Struve thinks legislation and fines are the only deterrent as previous campaigns have only resulted in short term rather than long term behaviour change.

Should we campaign for Car idling signs with the fine shown outside all schools, elderly people’s homes and hospitals?

Volunteers Wanted! Membership Secretary Vacancy A huge thank you to our Volunteers during Volunteer Week
Scroll to top